Free Printable Map of the United States for Children 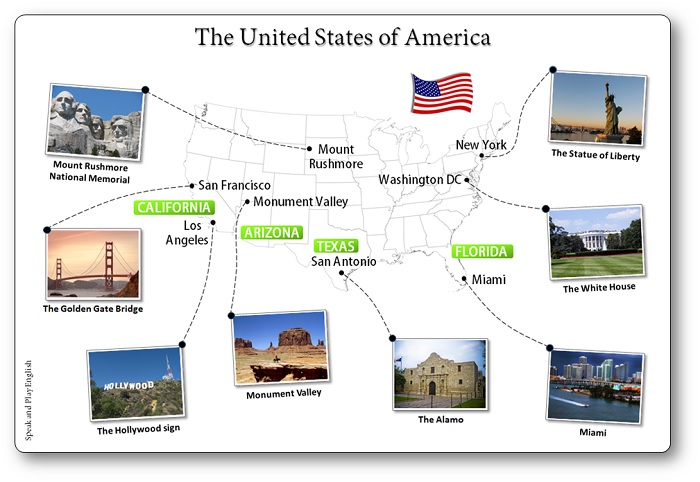 Learn about the names of some American states and monuments, mention where they are located in the United States, as well as how to pronounce them. 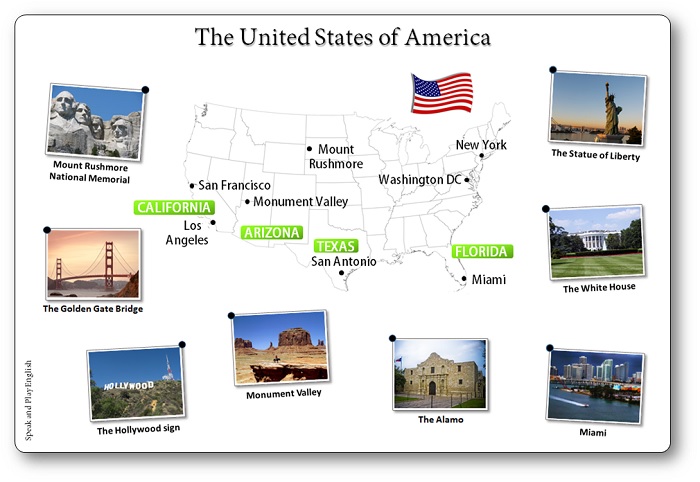 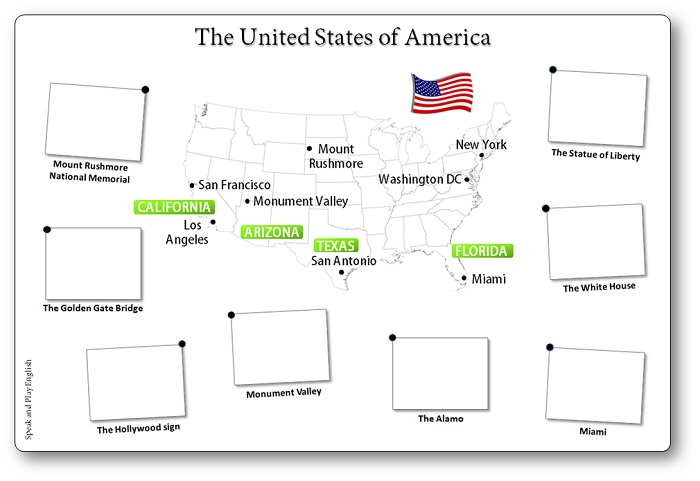