Children’s Halloween Books You Can Use to Learn English 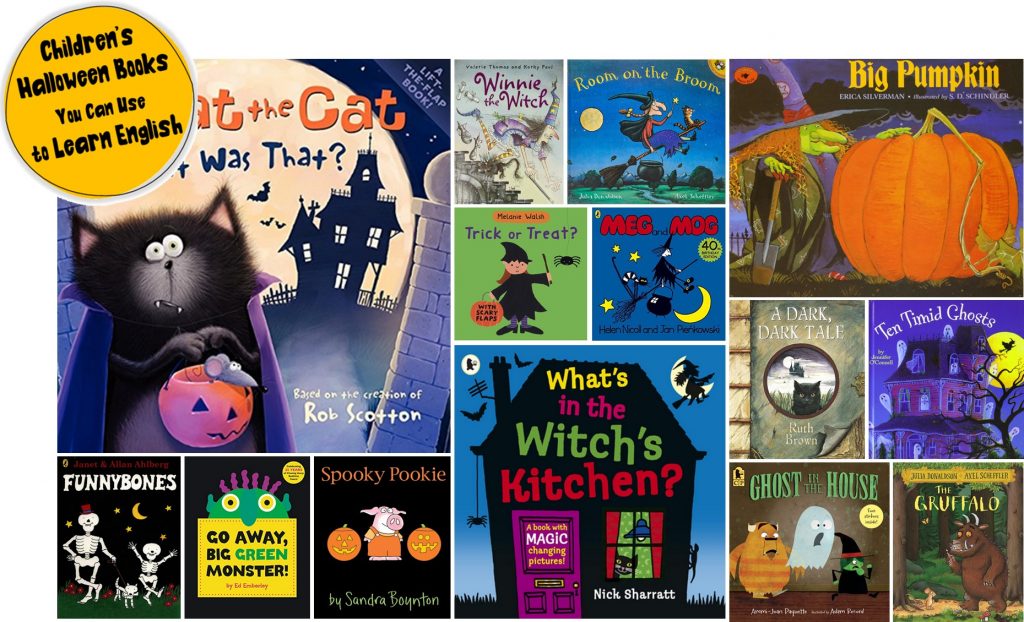 I wanted to share some of my favorite Halloween books with you. Click on the books below to check them out on Amazon. I hope these book suggestions help! 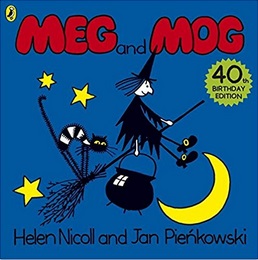 Meg the witch and Mog her cat go off to a wild Hallowe’en party with all the other witches. The spell they cast goes off with a BANG! This picture book is the original story about Meg the witch, Mog the cat and Owl. They are the heroes of a series of children´s books written by Helen Nicoll and illustrated by Jan Pieńkowski. With its bold colours and pictures “Meg and Mog” is a perfect story book for toddlers. 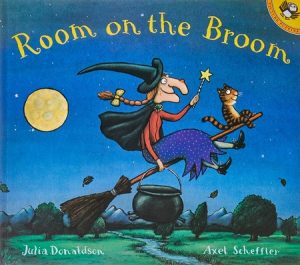 Room on the Broom

The witch and her cat are happily flying through the sky on a broomstick when the wind picks up and blows away the witch’s hat, then her bow, and then her wand! Luckily, three helpful animals find the missing items, and all they want in return is a ride on the broom. But is there room on the broom for so many friends? And when disaster strikes, will they be able to save the witch from a hungry dragon? 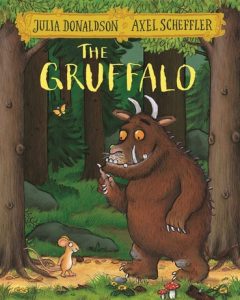 When Mouse takes a stroll through the woods, he meets a fox, an owl, and a snake who all want to eat him! So Mouse invents a gruffalo, a monster with “terrible tusks and terrible claws, terrible teeth, and terrible jaws.” But will Mouse’s frightful description be enough to scare off his foes? After all, there’s no such thing as a gruffalo . . . is there? 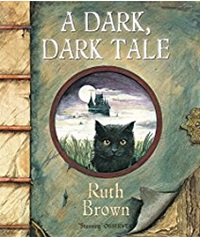 Children will delight in following the black cat’s progress through the dark wood, into the dark house, and eventually to the surprise discovery at the back of the toy cupboard, in this mysterious, beautifully illustrated picture book. 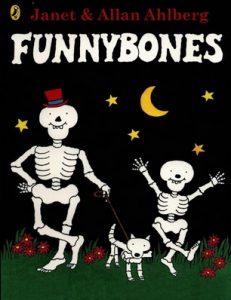 They live in a dark dark cellar of a dark dark house on a dark dark hill… The skeletons venture out of their cellar one night to find someone to scare, but everyone is in bed so they amuse themselves by scaring each other and playing with the skeleton animals that live in the zoo. These funny skeletons are definitely not the scary sort! The first ever Funnybones book by the amazing Allan Ahlberg. 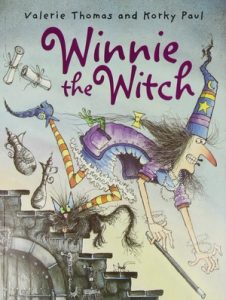 Winnie the Witch lives in a black house. She has black chairs and black stairs, black floors and black doors. The trouble is that Winnie’s cat, Wilbur, is also black. After sitting on him and tripping over him, Winnie decides to turn Wilbur into a green cat. But then he goes out into the long grass! Winnie is going to need a little magic to make sure she can always see Wilbur . . . A beautifully-crafted story with a colourful final twist. 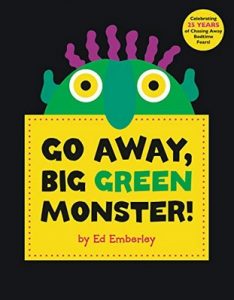 Ed Emberley has created an ingenious way for children to overcome bedtime frights. As kids turn the die-cut pages of this vibrantly illustrated book, they’ll watch the Big Green Monster grow before their very eyes. Then, when they’re ready to show him who’s in charge, they’ll turn the remaining pages and watch him disappear! 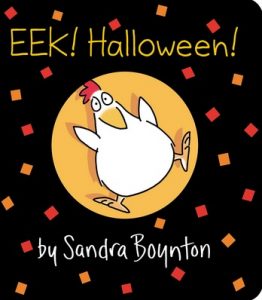 It starts with an uh-oh—the chickens are nervous! Strange things are happening. One chicken saw a pumpkin with flickering eyes, another spied a mouse of enormous size. They all saw a wizard and a witch, and a spooky robot. “WHAT’S GOING ON HERE? WHAT DOES IT MEAN? Relax, silly chickens! It’s HALLOWEEN!” 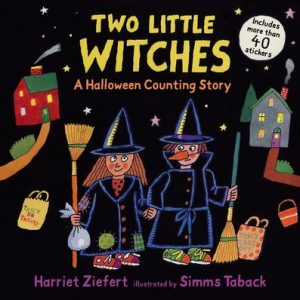 If one little witch meets one little witch, what happens on a spooky Halloween night? In this lively, cumulative counting book, they’re joined by a plump pumpkin, a fuzzy bunny, a friendly pirate, a pink princess, and more costumed characters, until ten trick-or-treaters are tiptoeing up to a dark, scary house. And what would happen if… a monster opened the door? Bright illustrations set off the simple rhythms of this Halloween story. 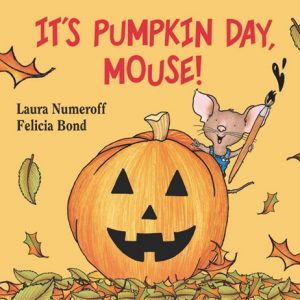 Mouse is excited for fall because that means it is time to decorate pumpkins! But one is missing. Where could it have gone? This is the perfect Halloween book for the very youngest reader. 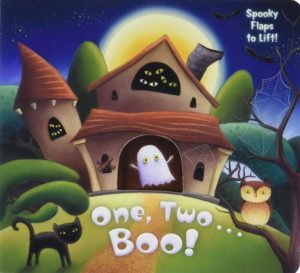 The littlest trick-or-treaters can lift the flaps to count their way through a spooky old house… but they had better be prepared for a few surprises! With a die-cut cover, adorable illustrations, and a flap on every page, this sturdy little board book is the perfect Halloween gift for trick-or-treaters everywhere. 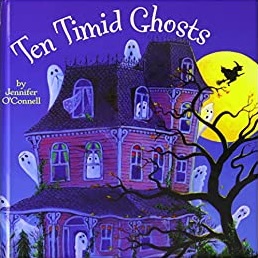 It’s Halloween, and ten timid ghosts in a haunted house have a problem: A mean witch is preparing to move in and scare them away, one by one! Young trick-or-treaters learn to count from ten to one as each ghost flies away from the witch’s spooky tricks. Will the ghosts figure out how to frighten the witch away in time for Halloween night? 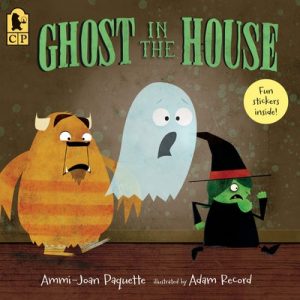 Ghost in the House

When a little ghost goes slip-sliding down the hallway, he suddenly hears… a groan! Turns out it’s only a friendly mummy, who shuffles along with the ghost, until they encounter… a monster! As the cautious explorers continue, they find a surprise at every turn — and add another adorably ghoulish friend to the count. But you’ll never guess who is the scariest creature in the house! 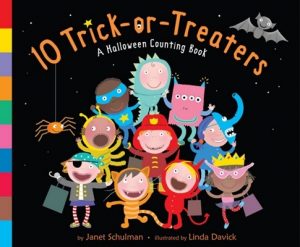 Little do these ten trick-or-treaters know that they are the ones who will be frightened on Halloween night when a toad hops near, a skeleton tries to join their dance party, and a monster asks to share their candy. This not-too-scary Halloween counting book features the bright, bold artwork of Linda Davick and the comforting, lively rhythms of Janet Schulman’s story, making it the perfect gift for young trick-or-treaters everywhere! 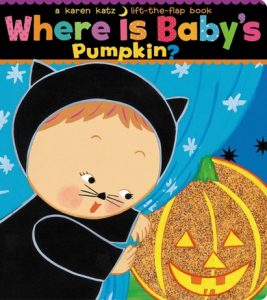 Where Is Baby’s Pumpkin?

In Karen Katz’s distinctive style, an adorable baby searches throughout the house for her pumpkin. Is the pumpkin under the leaves, behind the curtain, under the bed? NO! But Baby finds many other surprises as a ghost, a witch’s hat, cute-as-a-button bats, and candy apples are found beneath each flap. 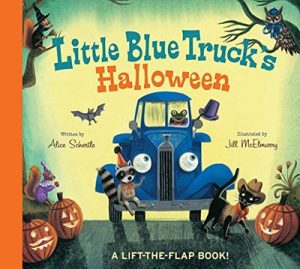 Beep! Beep! It’s Halloween! Little Blue Truck is picking up his animal friends for a costume party. Lift the flaps in this large, sturdy board book to find out who’s dressed up in each costume! With the delightful rhymes and bright illustrations, Blue’s new adventure is full of festive costumes, fall colors, and plenty of Halloween fun! 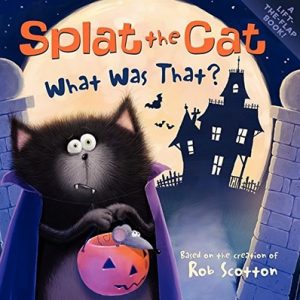 Splat the Cat, What Was That?

It’s Halloween, and Splat’s friend Spike wants to trick-or-treat at the scariest house on the block. Splat doesn’t want to—what if it’s haunted? But when Splat’s pet mouse, Seymour, runs through the house’s spooky doors, our favorite kooky cat has no choice but to rescue him. Read all about Splat’s Halloween misadventures in “Splat the Cat: What Was That?” , a fun lift-the-flap story by Rob Scotton. 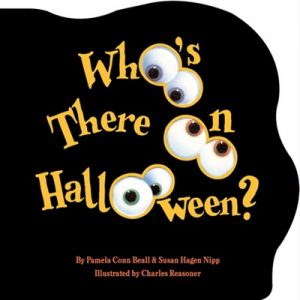 Who’s There On Halloween?

“Who’s There On Halloween?” encourages readers to play along and use the clues to name the holiday characters hidden inside. Featuring charming text by Pamela Conn Beall and Susan Hagen Nipp and adorable illustrations by Charles Reasoner, this Halloween book is sure to delight and entertain. 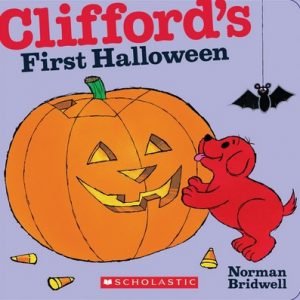 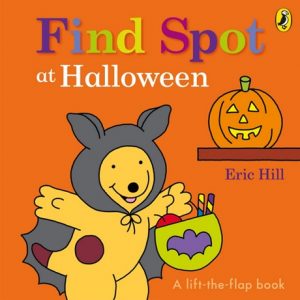 It’s Halloween and Spot is ready to celebrate! Join Spot and his friends as they dress up in spooky costumes to go trick-or-treating. 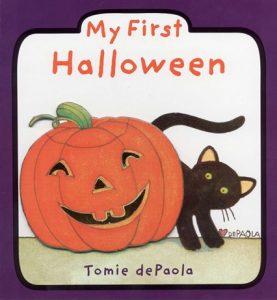 Tomie dePaola’s warm illustrations capture the fun moments of Halloween that become wonderful memories for the family. This is an irresistible addition to every child’s bag of treats! 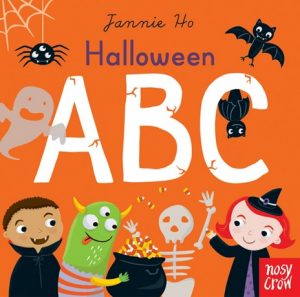 This sturdy alphabet board book introduces simple seasonal words, to get toddlers excited about Halloween. As well as firstletter sounds to say out loud, there are bright pictures and spooky details to spot. 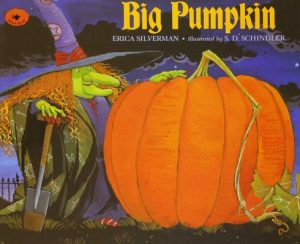 The witch has grown the biggest pumpkin ever, and now she wants to make herself a pumpkin pie for Halloween. But the pumpkin is so big she can’t get it off the vine. It’s so big the ghost can’t move it, either. Neither can the vampire, nor the mummy. It looks as if there’ll be no pumpkin pie for Halloween, until along comes the bat with an idea to save the day. How can the tiny bat succeed where bigger and strong spooky creatures have failed? The little bat will use brains over brawn in this not-so-scary Halloween picture book. You’ll be surprised! 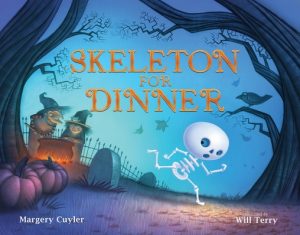 Big Witch and Little Witch have made stew, and now they want to have their friends for dinner! But when Skeleton mistakes the guest list for a menu, he takes off running, and soon Ghost and Ghoul join him too! But poor Little Witch has no idea there’s a misunderstanding. Luckily there’s one creature in the haunted forest who can help everyone figure it all out. This spooky and silly read-aloud is just right for Halloween. 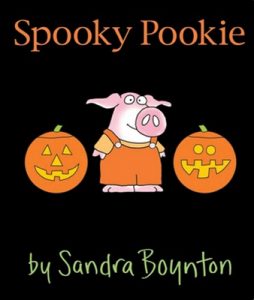 It’s Halloween! What will little Pookie decide to be this year? Pookie tries on costumes one by one, but somehow can’t find just the right thing. The resolution to Pookie’s dilemma will delight toddlers and their caregivers alike. Told and illustrated with Sandra Boynton’s celebrated charm and pizzazz, Spooky Pookie has all the makings of a beloved Halloween classic. Boo! 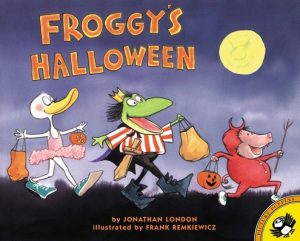 Froggy tries to find just the right costume for Halloween and although his trick-or-treating does not go as he had planned, he manages to enjoy himself anyway. Children have enjoyed the misadventures of trouble-prone Froggy in more than twenty books. Froggy just never learns and that’s why we love him! 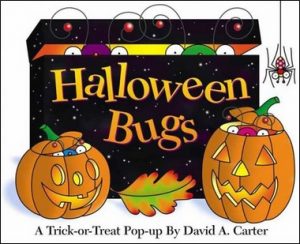 Behind each spooky door lurks a different Halloween pop-up surprise….Trick-or-treating becomes spine-tingling fun with the ghostly, ghouly Bugs inside!

Arthur finds everything about Halloween scary, including his little sister’s costume, his morning snack, and the big house on the corner.

Witch, Witch come to my party

“Witch, witch come to my party” is an invitation to join bizarre characters in a most unusual fancy dress party… Witch, Cat, Scarecrow, and other scary creatures and animals are all invited to the party. 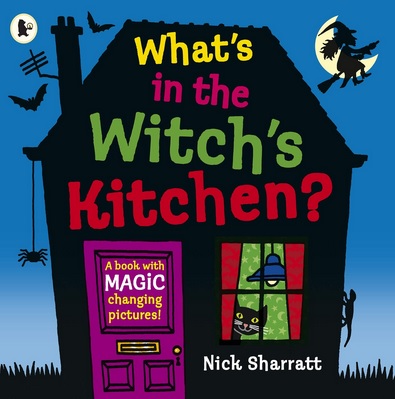 What’s in the Witch’s Kitchen?

Those who dare to poke around in a witch’s kitchen should be prepared for what they find! Will it be tasty treats or terrifying beasts? Foods that delight, or a nasty fright? A nice way to fill your belly or something disgusting and smelly? And who do you think will pop up if you try to escape through the back door? Nick Sharratt’s bold illustrations combine with a clever concept sure to lure kids in for a tour that will scare them silly.

Knock Knock, Trick or Treat? – Nursery Rhyme with Lyrics in English and in French

Children’s Food Books You Can Use to Learn English