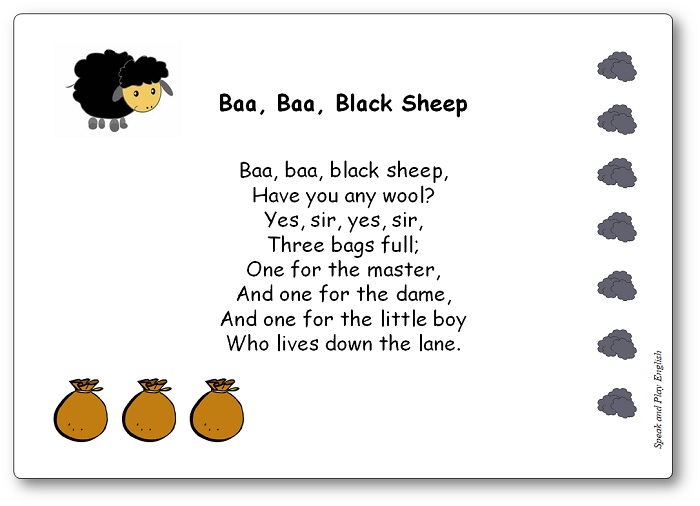 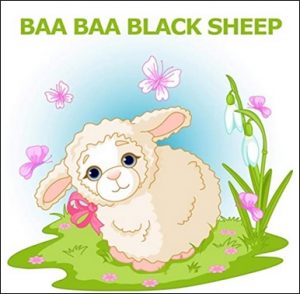 “Baa, Baa, Black Sheep” is an English nursery rhyme. The earliest surviving version dates from 1731. It is sung to a variant of the French melody “Ah ! Vous dirai-je maman“. The melody is also used for “Twinkle Twinkle Little Star” and “The Alphabet Song“.

Uncorroborated theories have been advanced to explain the meaning of the rhyme. In 1930, Katherine Elwes Thomas in The Real Personages of Mother Goose suggested the rhyme referred to resentment at the heavy taxation on wool. The rhyme “Baa, Baa, Black Sheep” was a complaint against the medieval English wool tax of 1275, which survived until the fifteenth century. After returning from the crusades in 1272, Edward I imposed new taxes on the wool trade in order to pay for his military ventures. One-third of the price of each bag, or sack sold, was for the king (the master); one-third to the monasteries, or church (the dame); and none to the poor shepherd (the little boy who cries down the lane).

This nursery rhyme is more difficult than it seems. You can teach it only when the children are familiar with a number of songs. 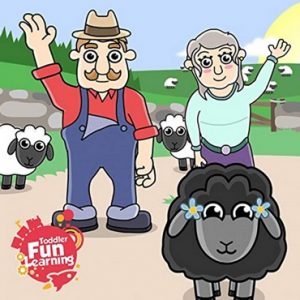 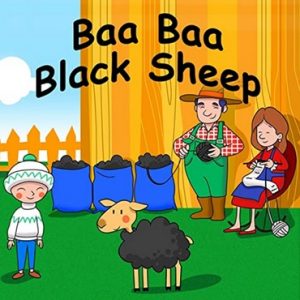 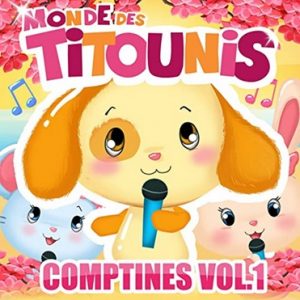 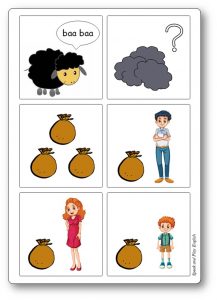 Videos of the song “Baa, Baa, Black Sheep” in English:


Videos of the song “Baa, Baa, Black Sheep” in French:

One Potato, Two Potato – Nursery Rhyme Song with Lyrics in French and in English